Design by Henn Architekten indicates the working world of the future.

Diverse, collaborative, agile - this is how the work in the newly opened Zalando headquarters in Berlin (Germany) should look like. The connecting element between the building parts of the main building is a large atrium - equipped with an elegantly shiny, grey-black floor made of Dyckerhoff TERRAPLAN.

In total, R. Bayer Betonsteinwerk from Blaubeuren laid 6,000 square meters of the concrete floor, which was produced on the basis of Dyckerhoff WEISS and polished on site. The dark appearance desired by the principals was achieved by the addition of limestone with black and white veining (up to 7 mm) and the addition of black Carbon D pigment. The construction height is between 7 cm and 8.5 cm (on heating).

Between April and October 2018, the entire atrium area of the main building from the ground floor to the 6th floor was equipped with TERRAPLAN, as well as the ground floor, the 1st floor and all landings in a second building. The concrete was produced in the Reinickendorf plant of Lichtner-Dyckerhoff.

The design for the building ensemble located in the immediate vicinity of the Mercedes Benz Arena in Berlin's Friedrichshain district was developed by Henn architects. Porr Germany was responsible for the construction work. A total of 43,000 sqm of office space was created.

There are no permanent workspaces for the approximately 2,500 people who have been working at Zalando headquarters since June 2019. Zalando has opted for a floating desk concept. Everyone should decide in the morning where and with whom they would like to work. There are seating areas, a yoga studio and a roof terrace to relax in between. 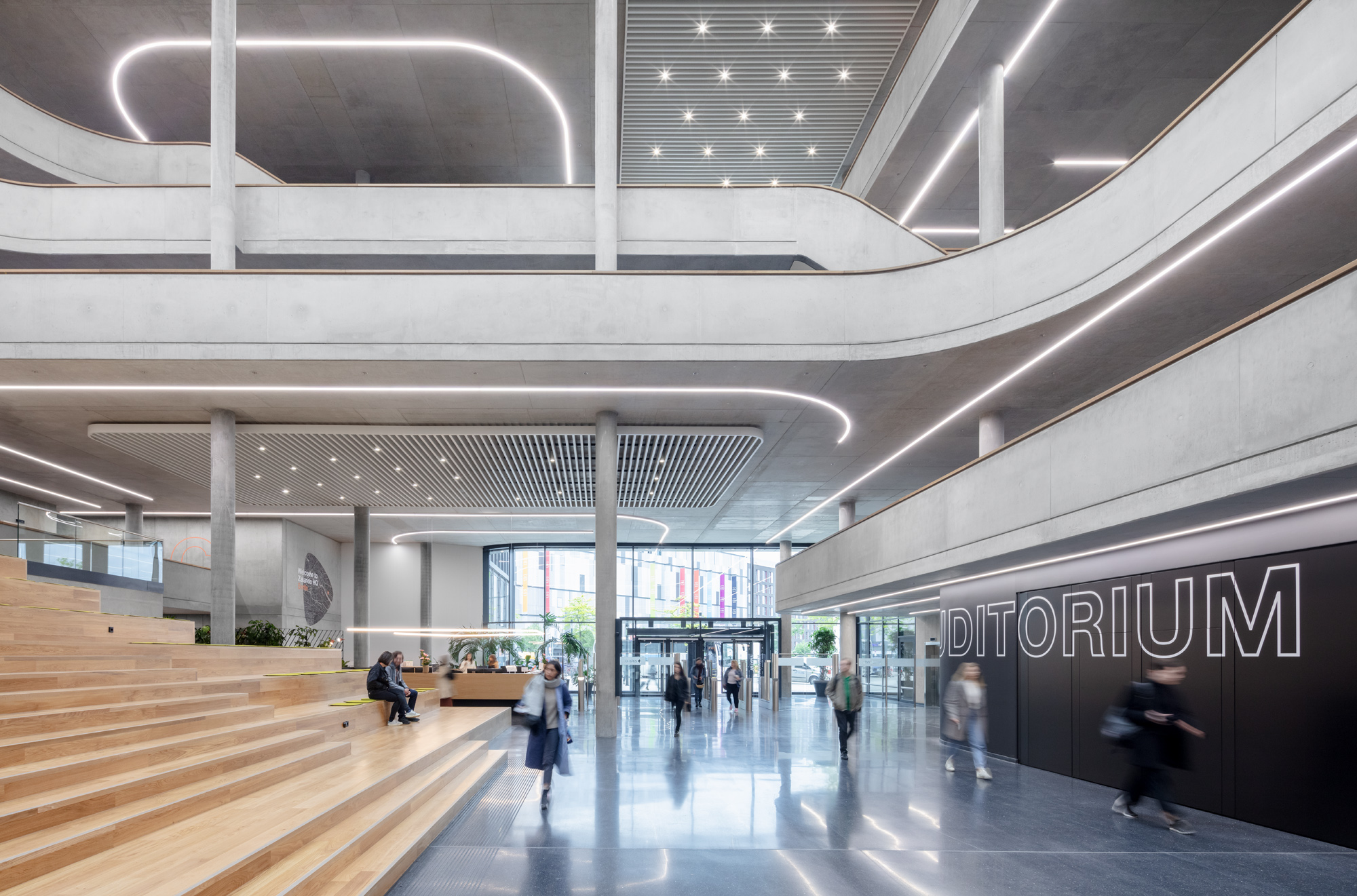 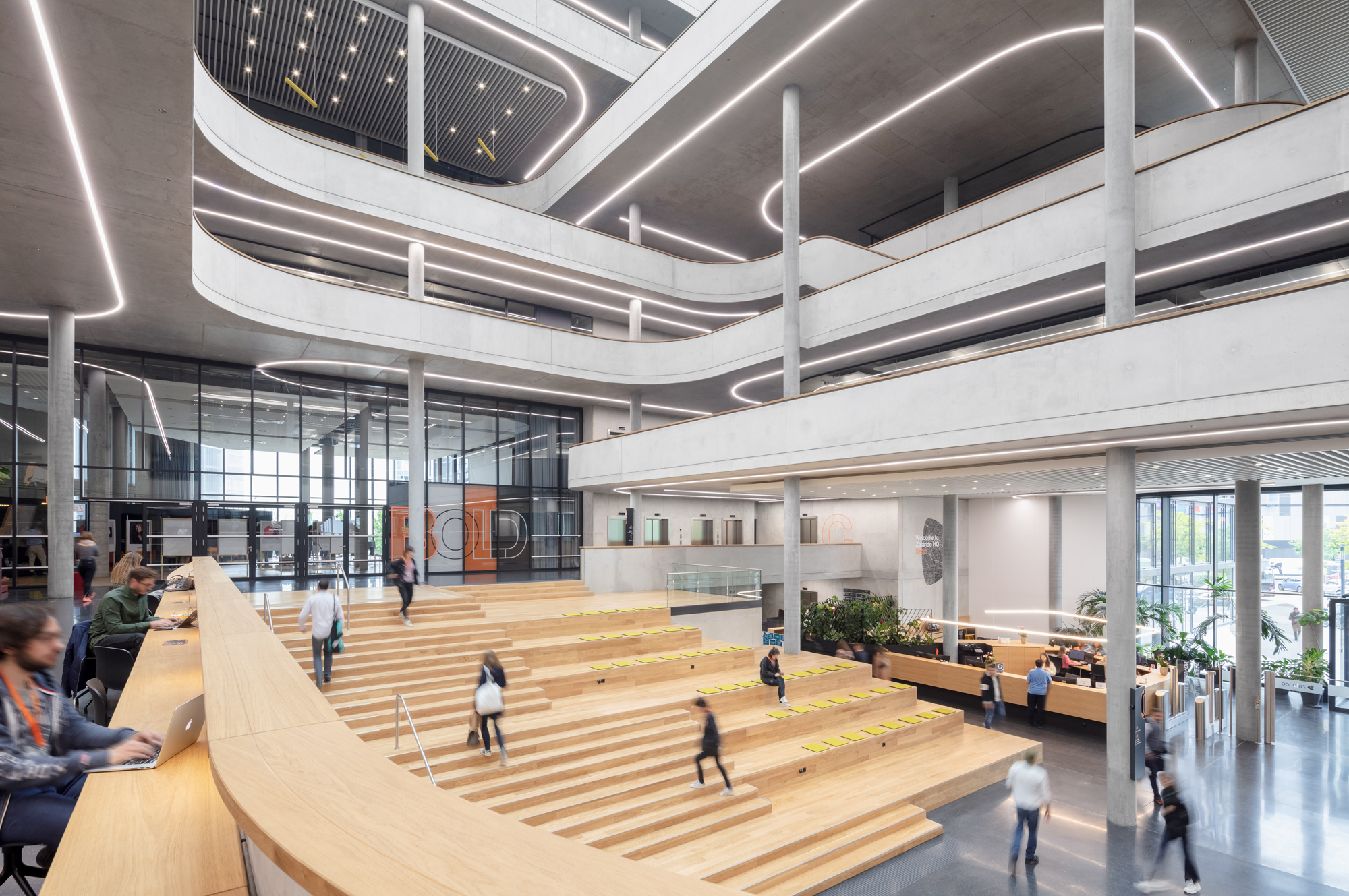 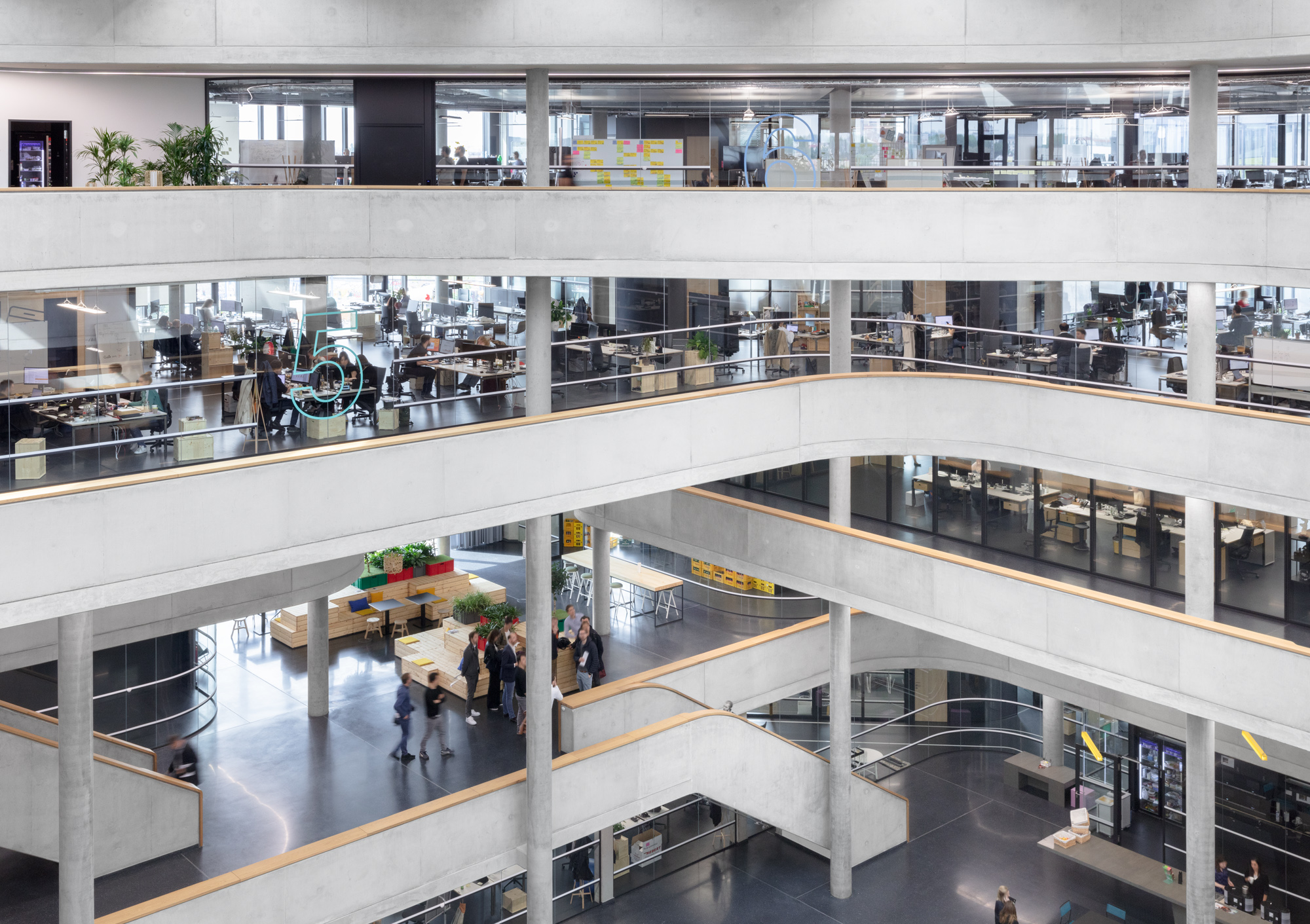 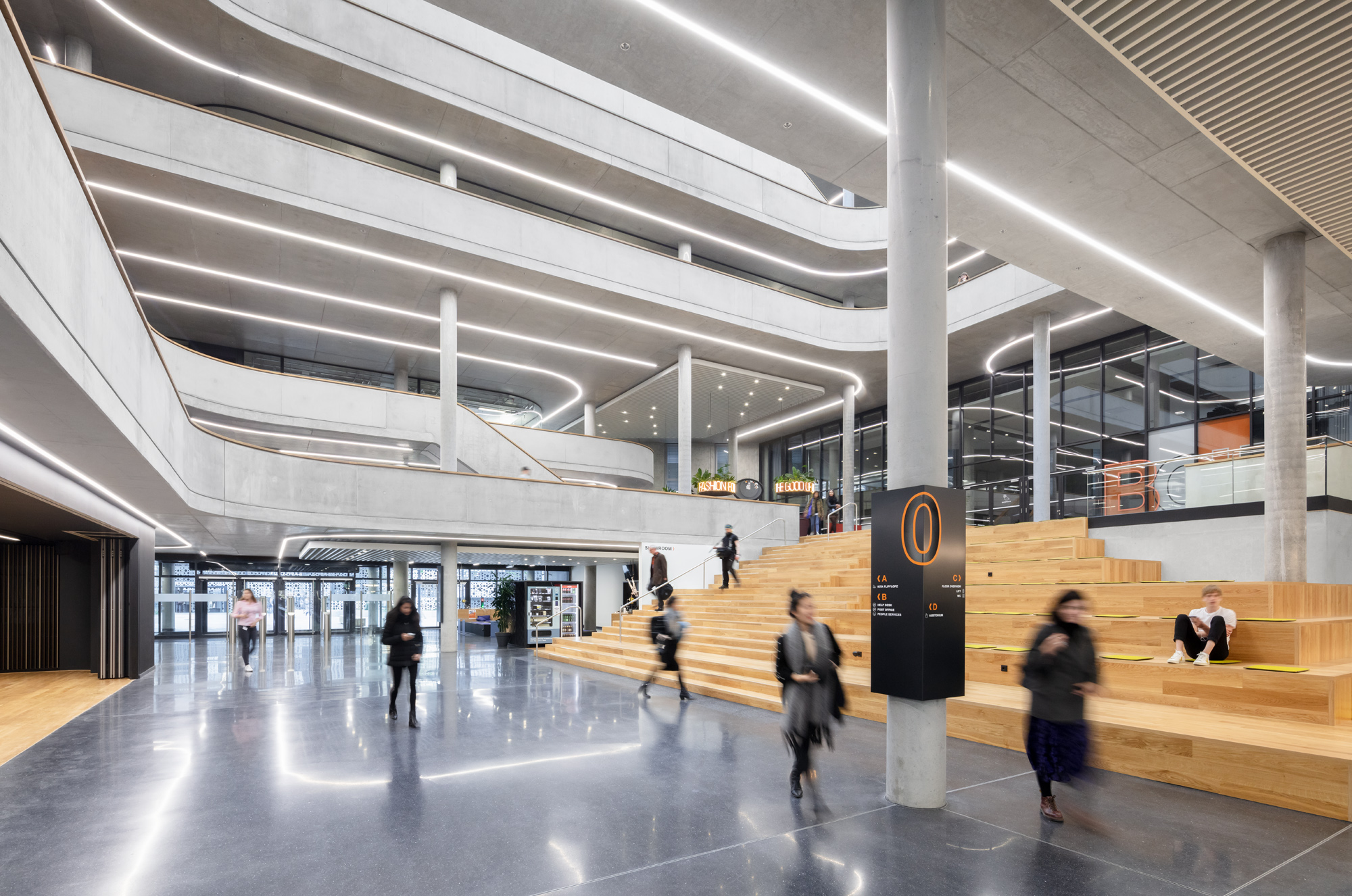 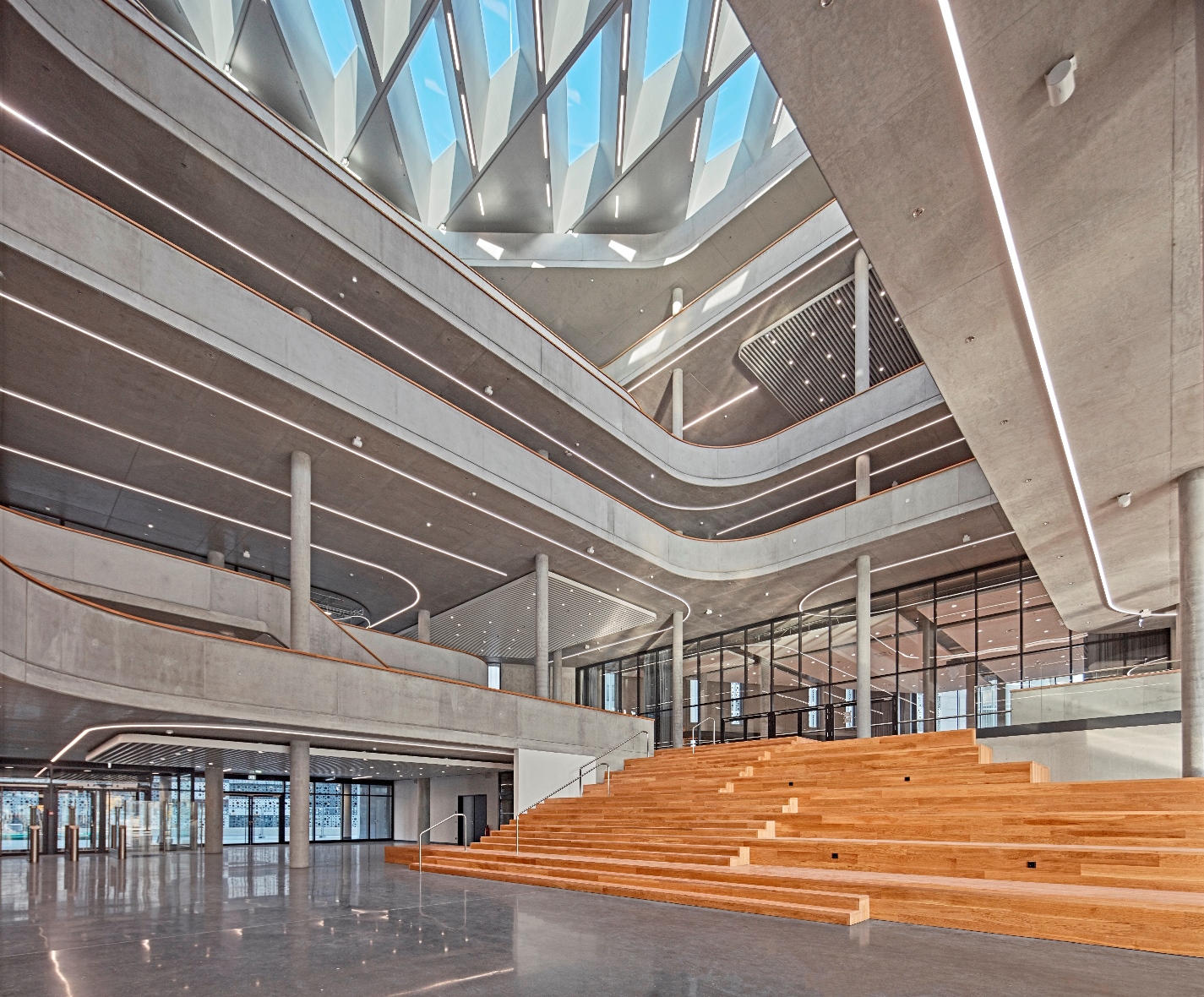