Several challenging architectural projects were completed in Heilbronn in time for the German National Garden Show 2019. This urban exhibition is the first element of the new urban quarter Neckarbogen. In construction sector I, a building with a curtain wall made of graphically designed architectural concrete stands out. The prefabricated parts were manufactured by Laumer Bautechnik from Massing on the basis of Dyckerhoff WEISS white cement.

An innovative production process was used, in which the formation of the cement glue layer is prevented according to a previously defined graphic pattern. The contrast between the exposed stone and the undisturbed layer of cement paste results in shapes and images, entirely in accordance with architectural and artistic demands. With this process, the more than 400 facade panels of the building "I2" were given a surface reminiscent of blades of grass.

The architecture of the five-storey building is the work of the architectural consortium Weinbrenner.Single.Arabzadeh from Nürtingen. They designed the layout of the apartments and rooms especially for the collective living of people with and without disabilities. In order to include the outside space, the apartments and communal areas are preceded by elements planted with grass. The graphically designed surface of the exposed concrete picks up on the structure of these grasses. The owner of building "I2" is the Lichtenstern Wohnkonzepte am Neckarbogen e.G.

Gradually, the Neckarbogen district is to become a green district by the river. A relatively dense urban development is deliberately being realised here, so that the district can develop into a diverse quarter with trade, services and various forms of housing. Around 3,500 people are expected to live there in the future. 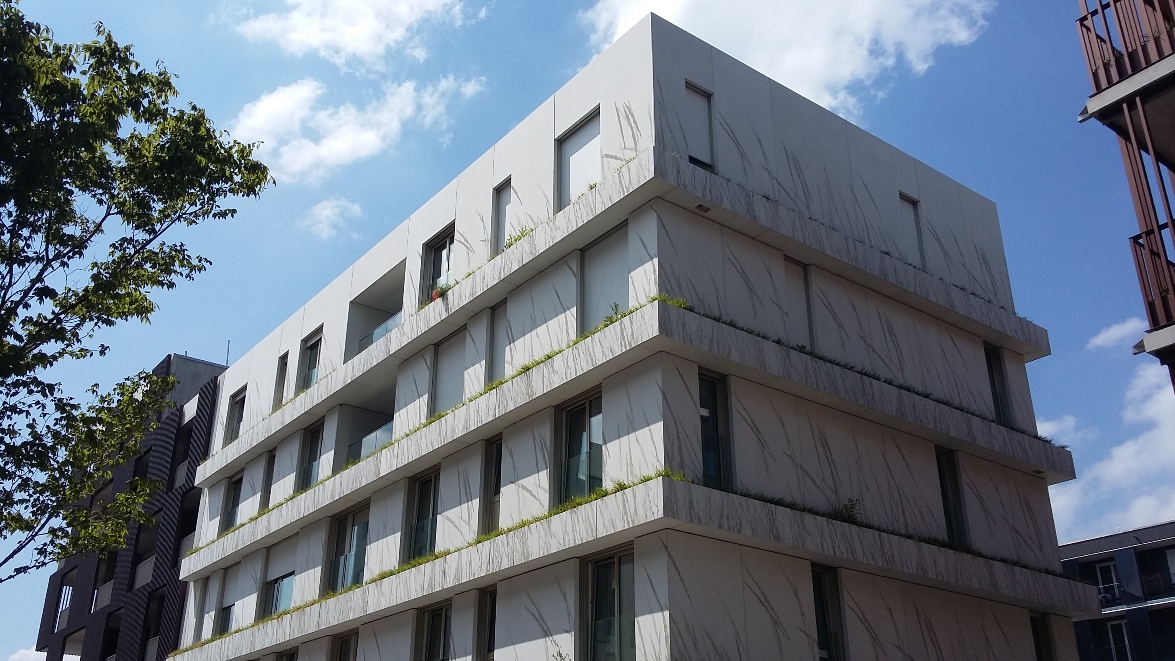 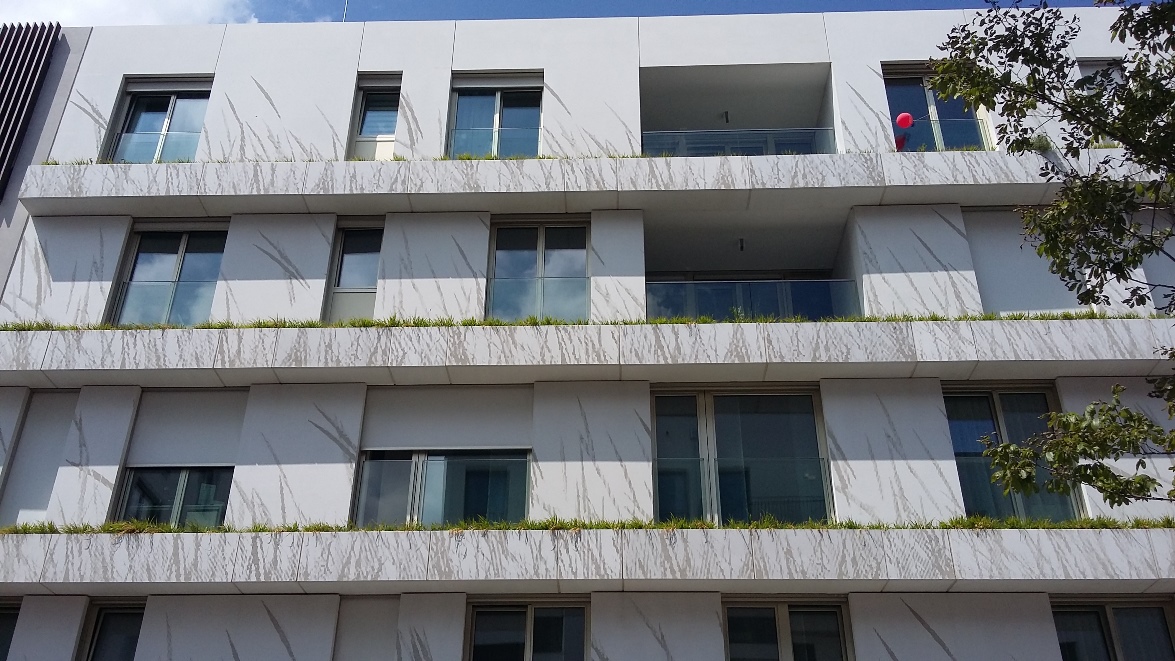 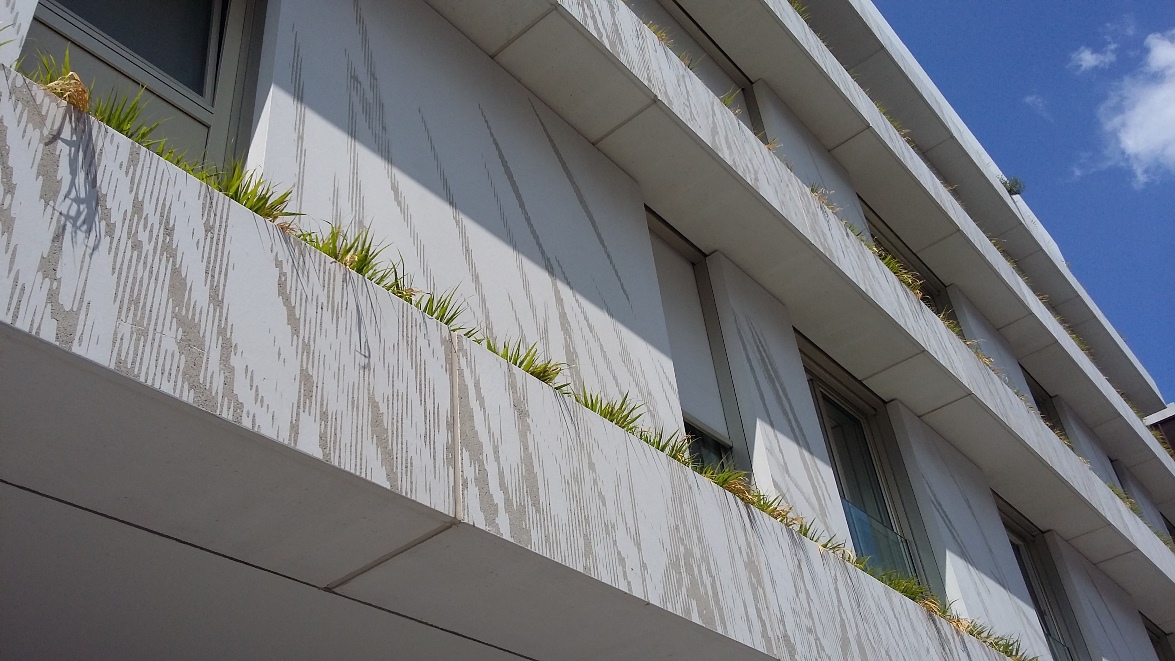 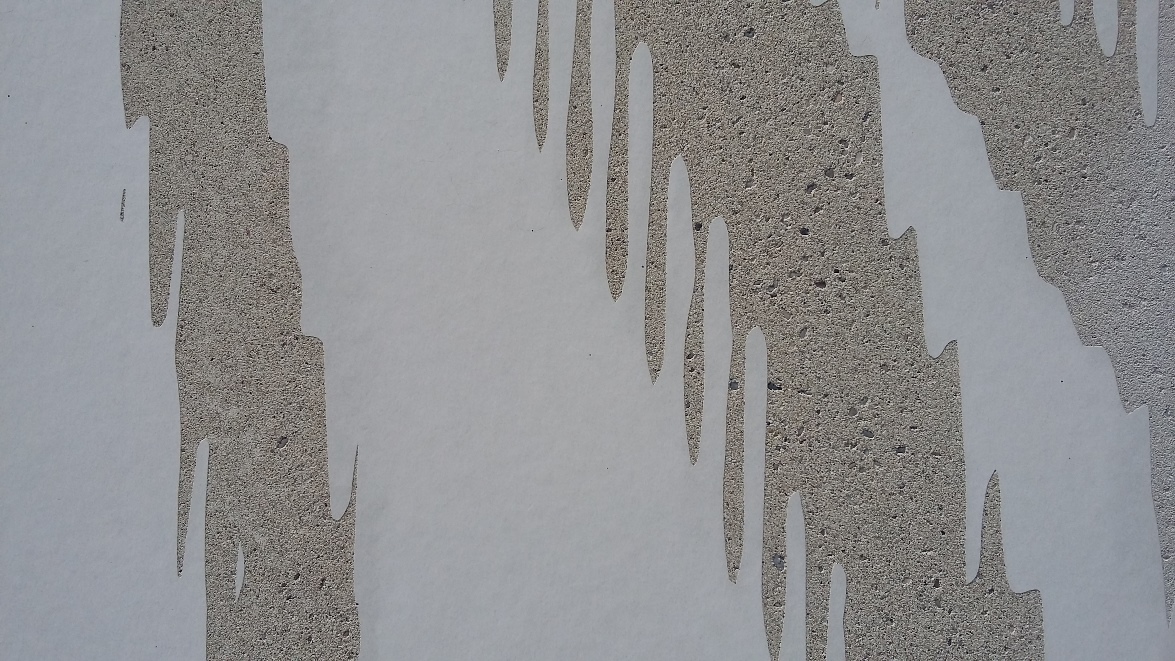 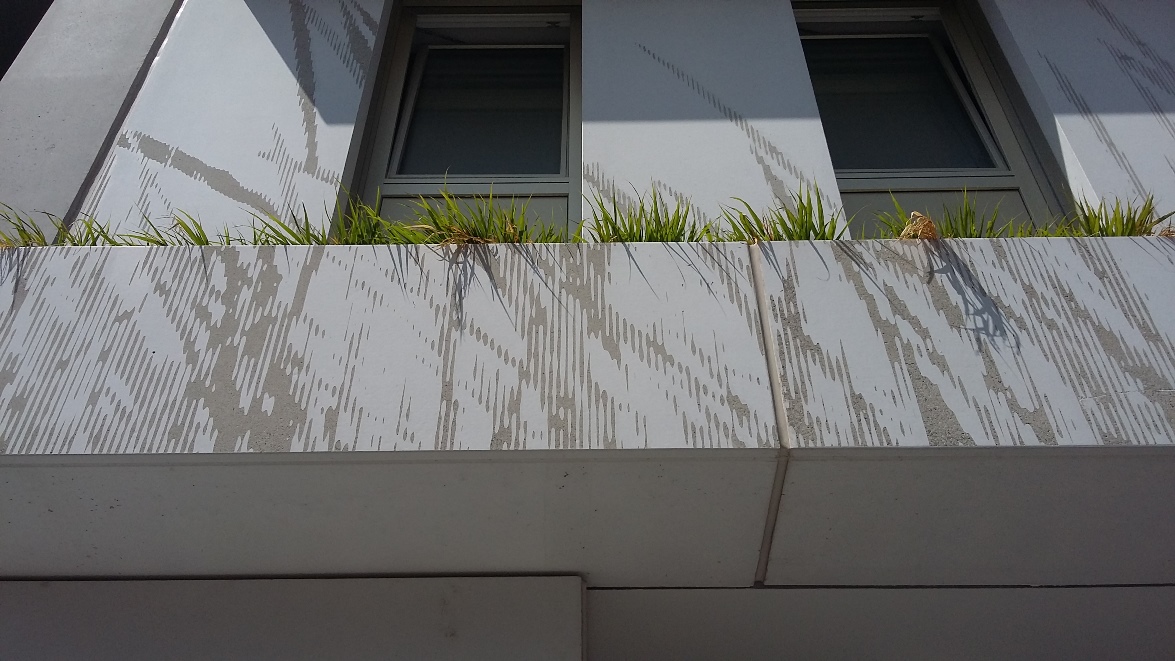 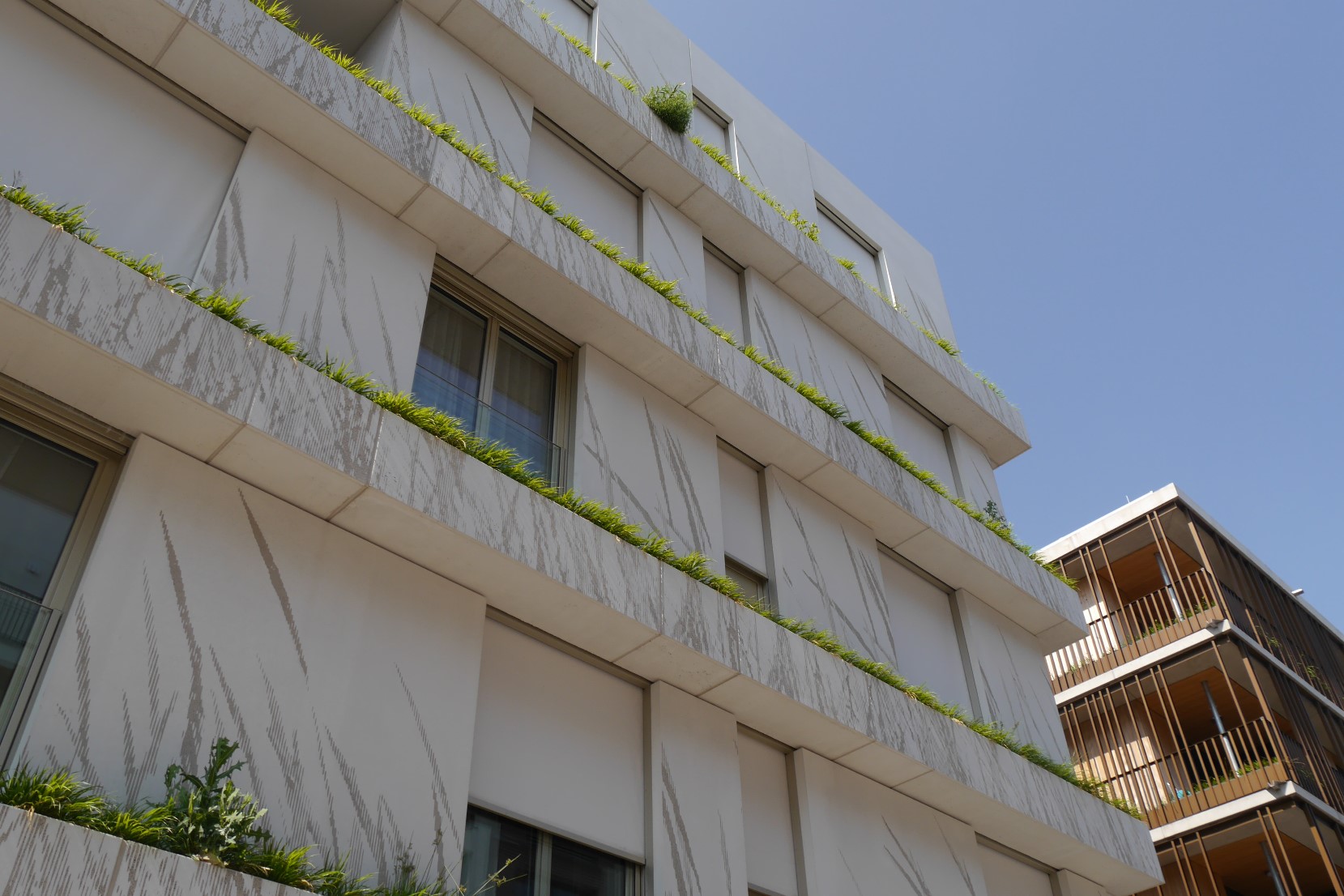 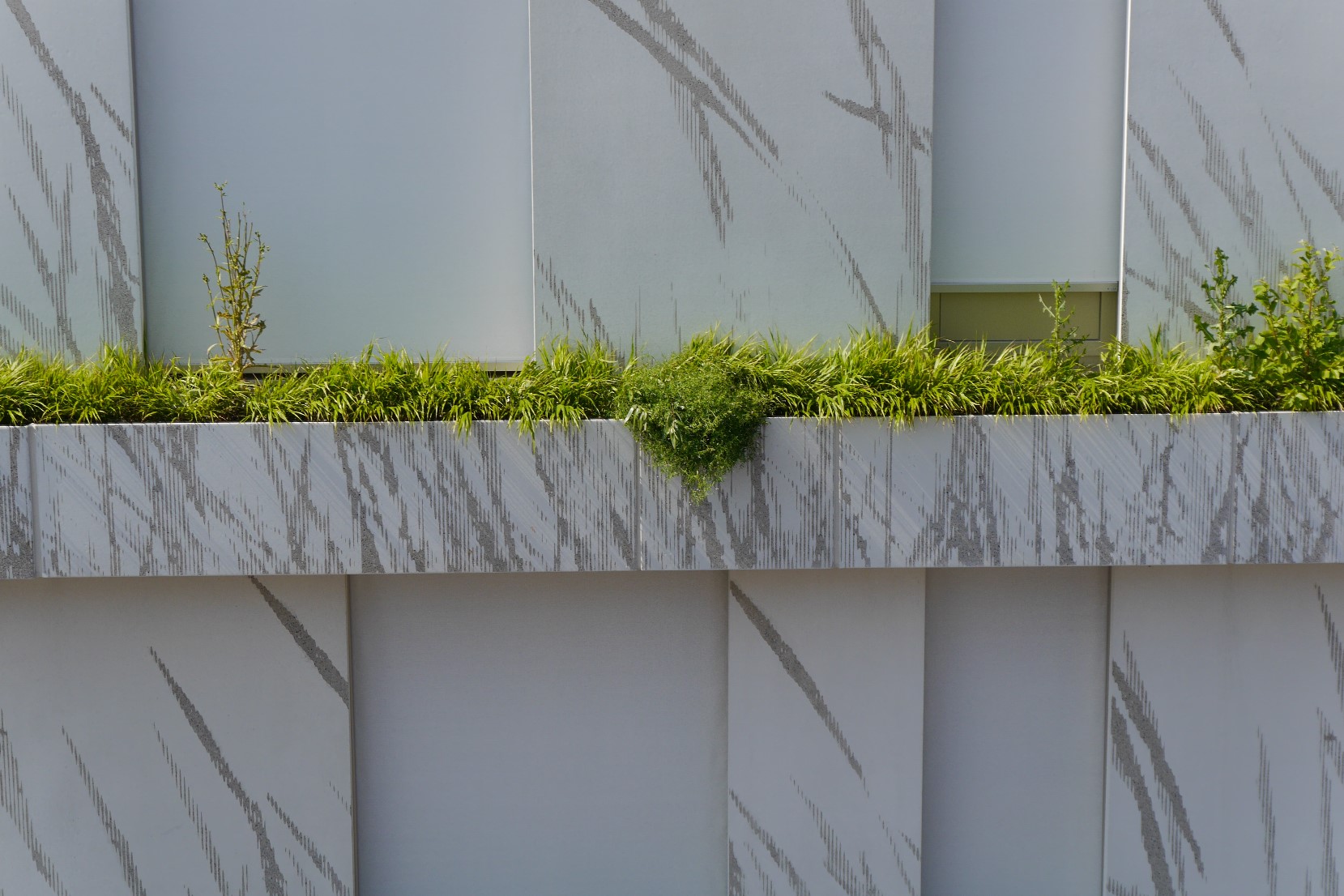 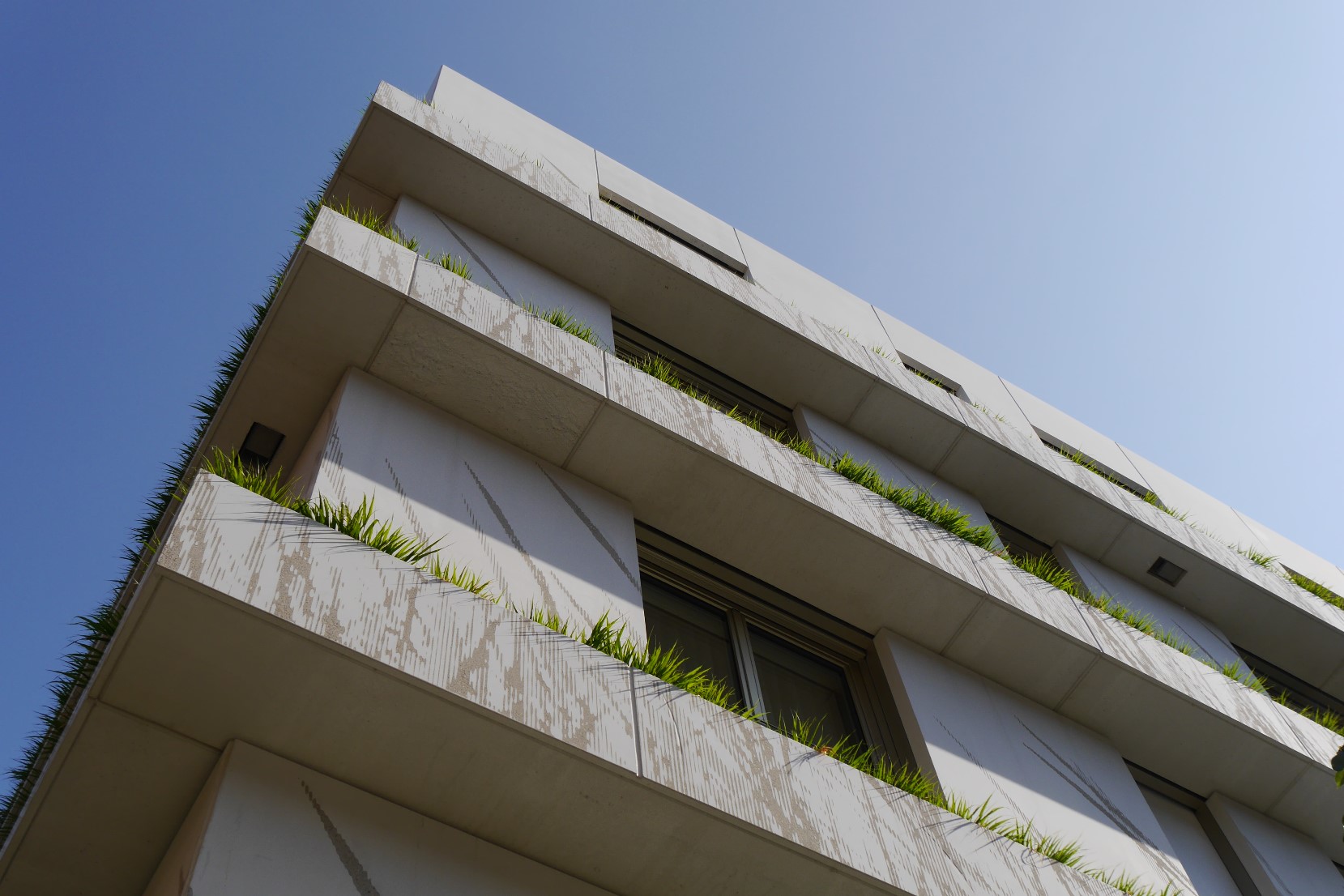 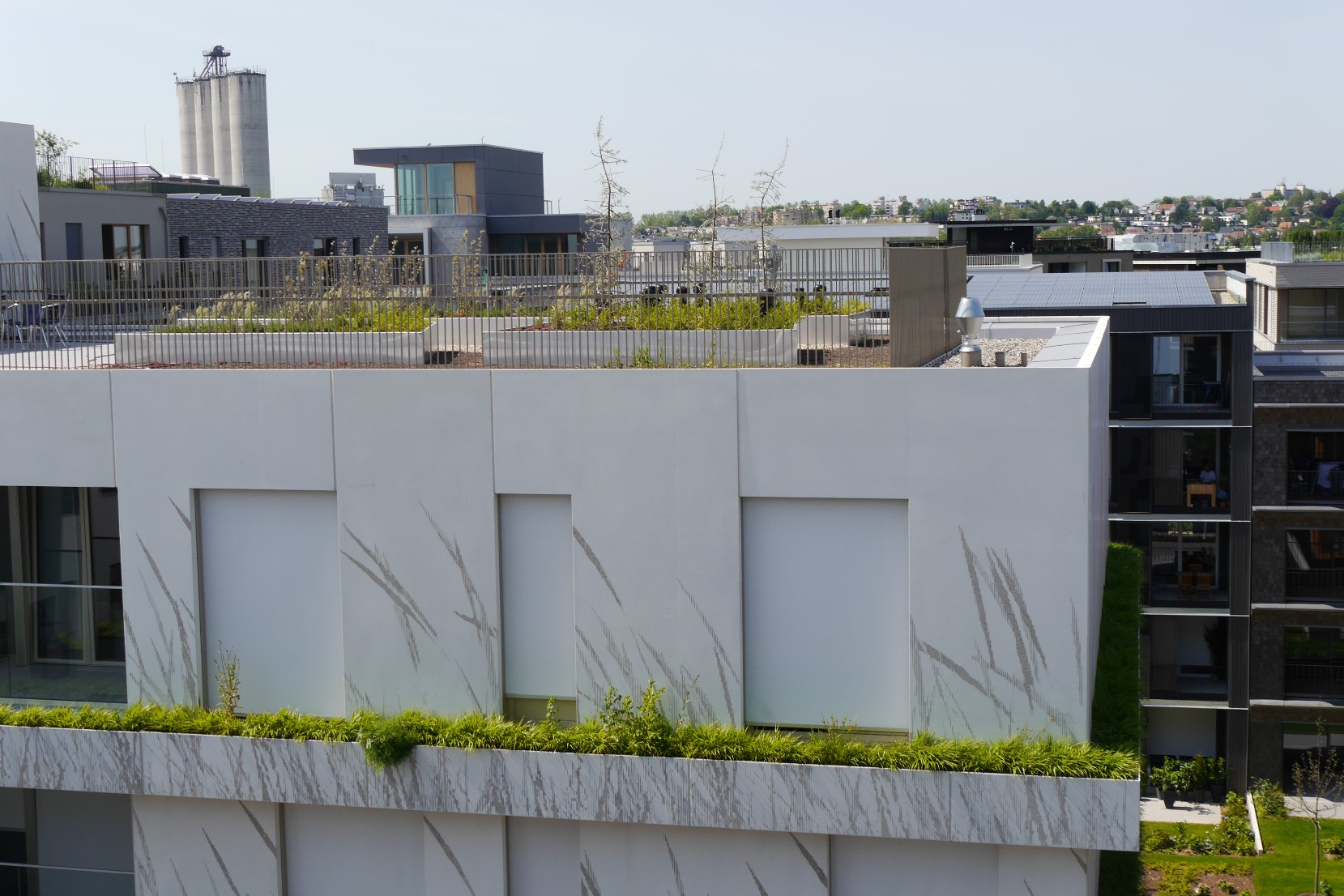 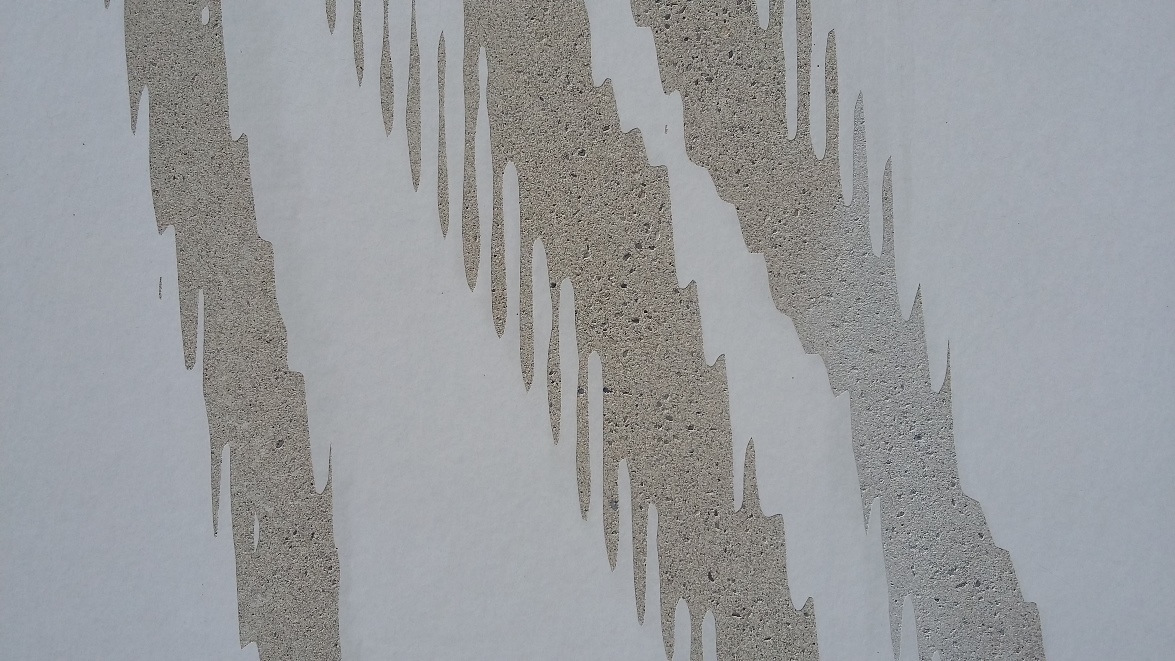