Floor slab of Terminal 3 is being concreted underwater

The new Terminal 3 at Frankfurt Airport is currently one of the largest privately financed infrastructure projects in Europe. Since the construction pit for the floor slab is deeper than the groundwater level, the floor slab must be concreted underwater. Dyckerhoff will supply 12,000 tons of CEM III/A 32.5 N-LH cement for the production of the underwater concrete.

The construction pit has a size of almost 66,000 m². The excavation took place in two stages. First, excavation was carried out dry to a depth of 5.5 meters, just above the groundwater table. Before further excavation, the construction pit and the individual docks had to be secured with sheet piling. Subsequently, a further 8 to 11 meters were excavated in wet excavation to the required depth.

After completion of the excavation work, a total of 3,500 buoyancy anchors, so-called micropiles, were installed. These will later be used to secure the underwater concrete base against lifting. The underwater work was carried out by industrial divers. One of the biggest challenges is the poor visibility for the divers. Even if the water is cleaned from the sand and sludge swirled up by the construction activities by special cleaning procedures, the visibility under water is less than one meter. Touch and hearing as well as good communication with colleagues above the surface are therefore particularly important.

Before concreting underwater, the industrial divers level the ground so that the floor slab has an even thickness. Sand and sludge are removed with the help of a type of vacuum cleaner. The concrete is cast using a pump. Here, too, the divers again come into play: they check whether a flat surface develops. After about 5 weeks of hardening, the water can be pumped out of the pits and the floor slab can be cleaned. The pumped water is filtered on site and returned to the groundwater at the airport via special infiltration systems.

The excavation pit is prepared in sections and then concreted by industrial divers. This results in short concreting sections with extremely high daily output. The quantities of cement to be delivered by Dyckerhoff also fluctuate considerably, with sometimes 20 silo trucks leaving the Dyckerhoff plant in Wiesbaden a day. Deliveries started in March 2019.

The concrete (a total of around 40,000 m³) is produced by the company Sehring Beton, which has set up a mobile mixing plant directly on site. The construction work is being carried out by the Arge Ingenieurbau Baugrube T3, which consists of the two companies Adam Hörnig Bau and Bickhardt Bau.

The concrete (a total of around 40,000 m³) is produced by the company Sehring Beton, which has set up a mobile mixing plant directly on site. The construction work is being carried out by the Arge Ingenieurbau Baugrube T3, which consists of the two companies Adam Hörnig Bau and Bickhardt Bau. The site on which Terminal 3 is now being built has an eventful history. Between 1945 and 2005 it was used by the US Air Force and was the largest military airport outside the USA. The official building permit for the construction of Terminal 3 was issued in 2012. The design originates from Christoph Mäckler Architects in Frankfurt. 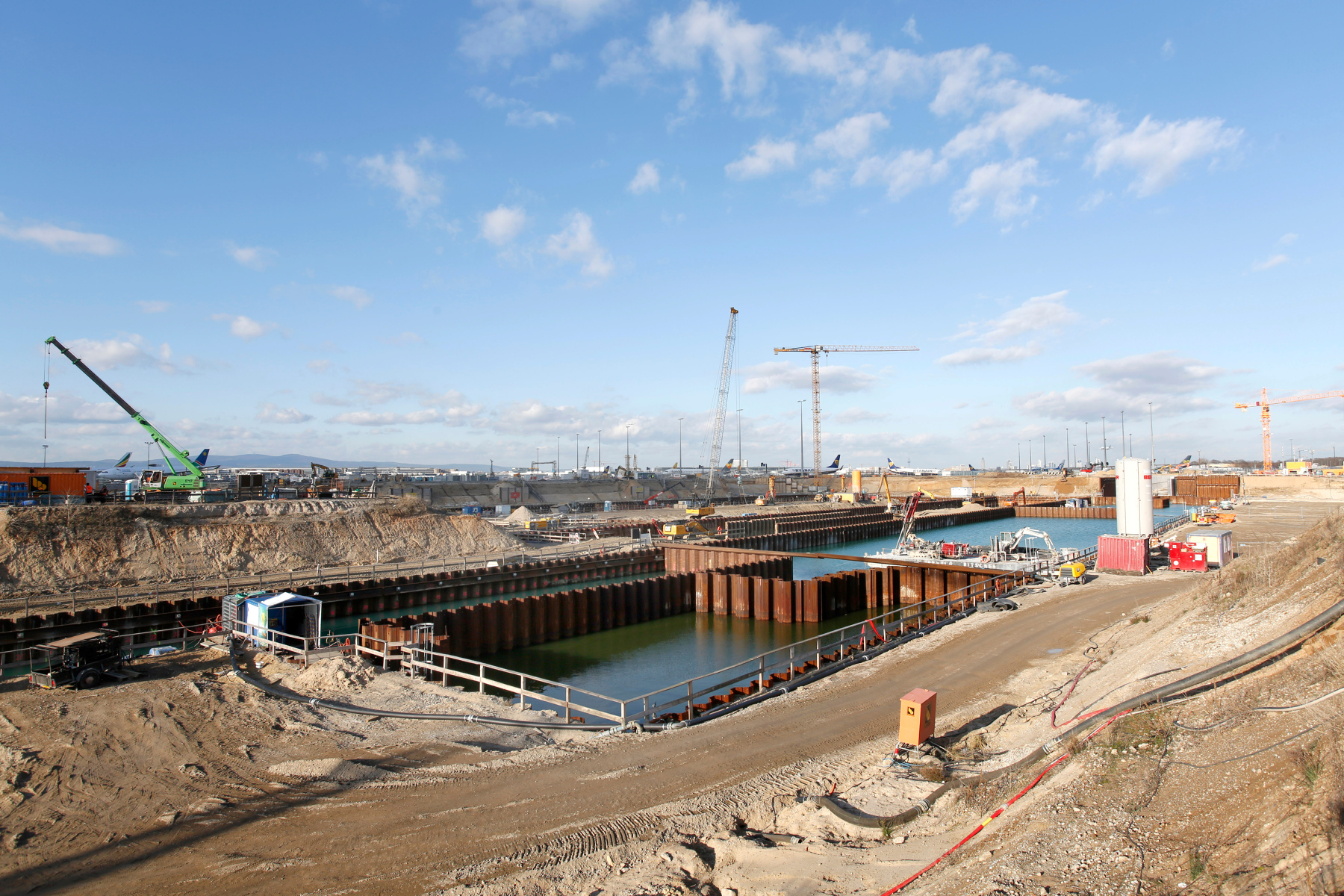 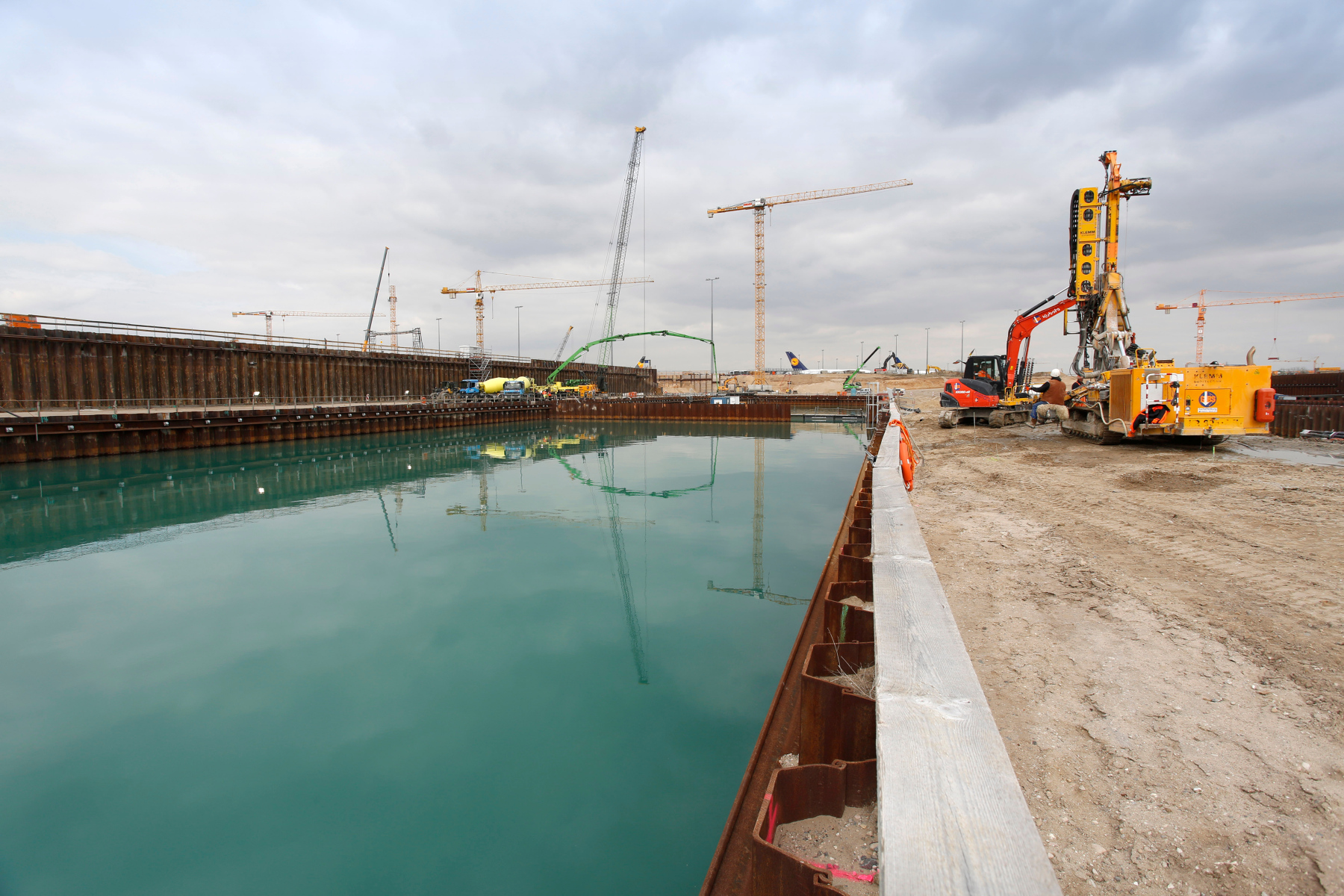 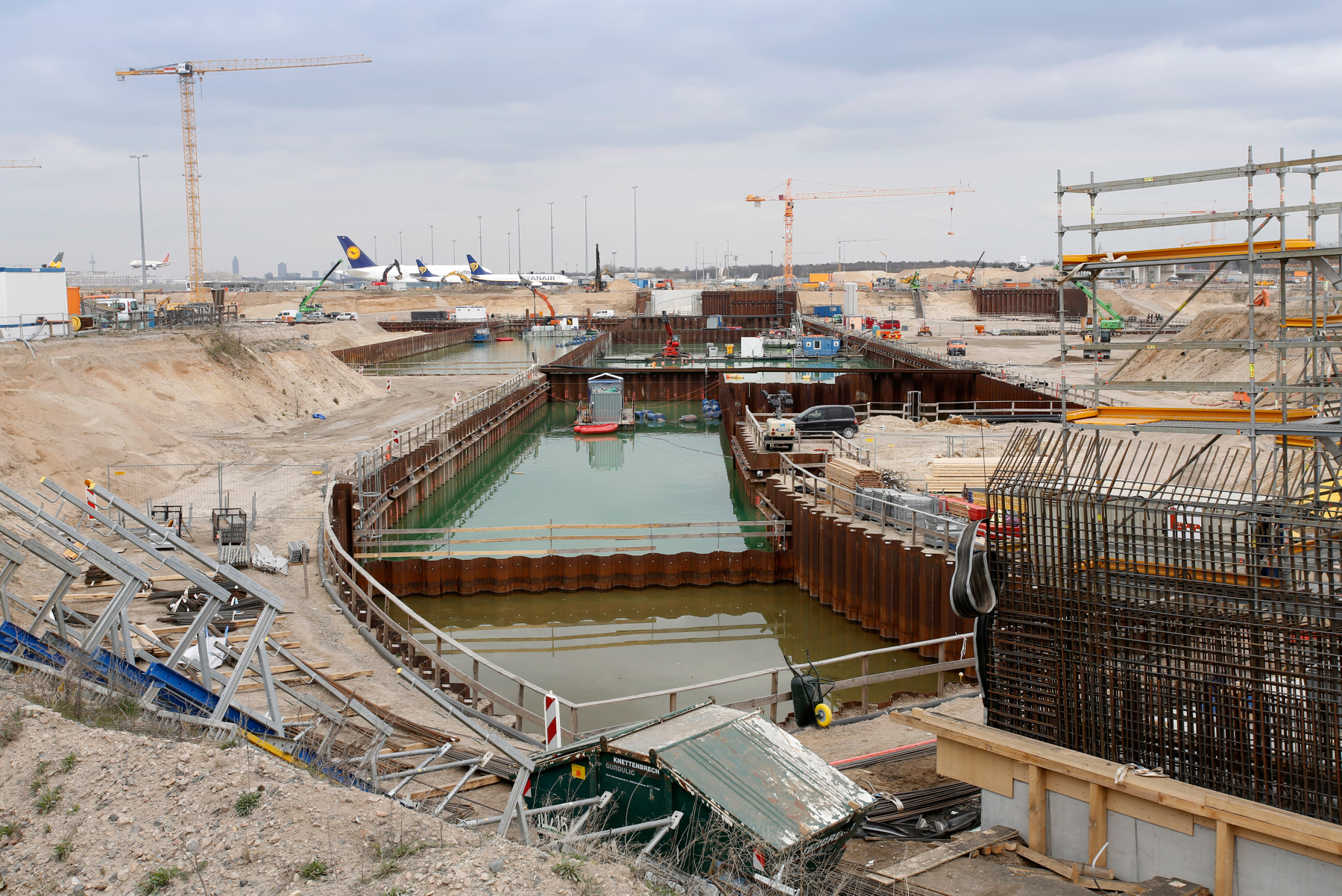 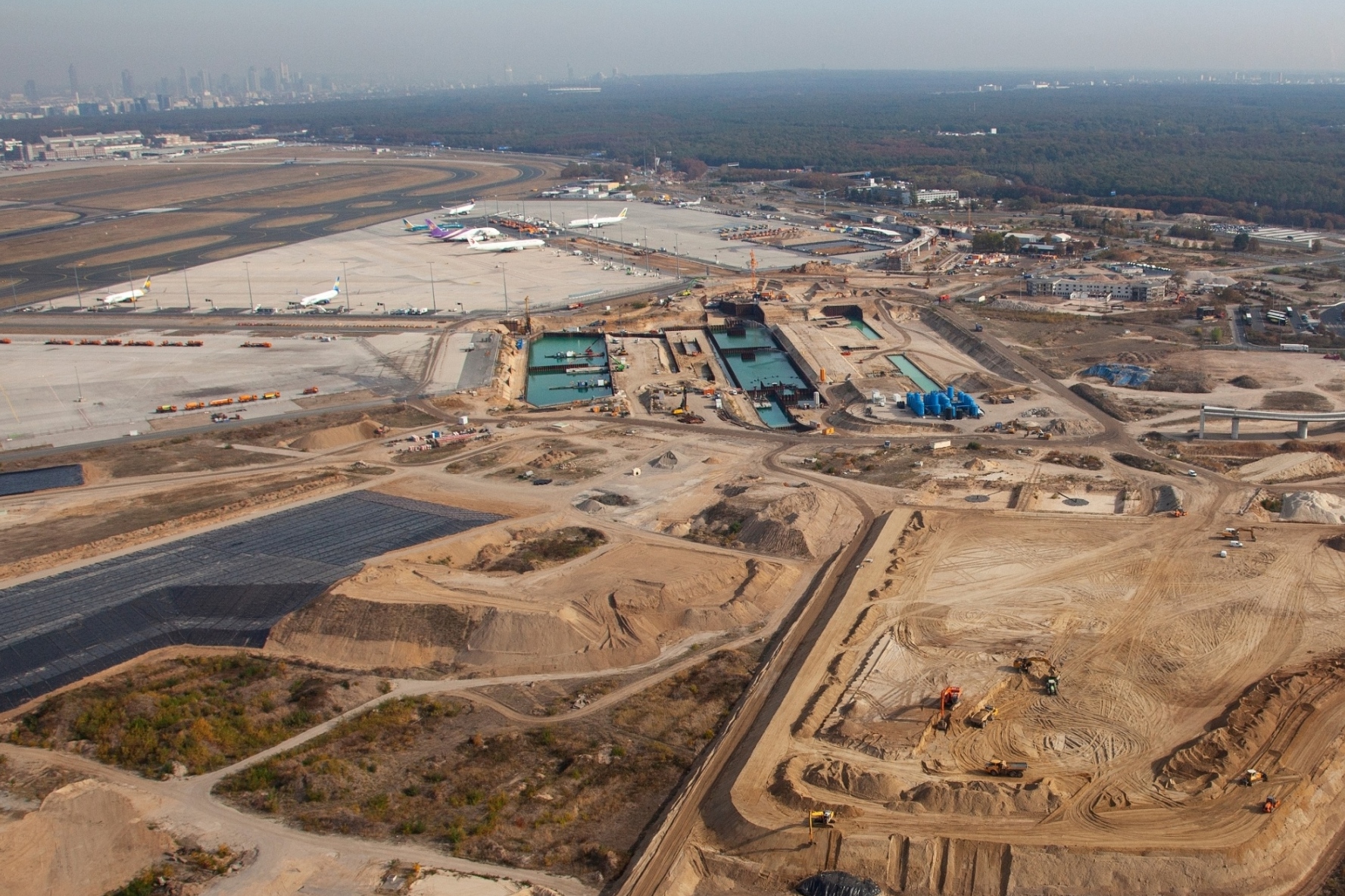 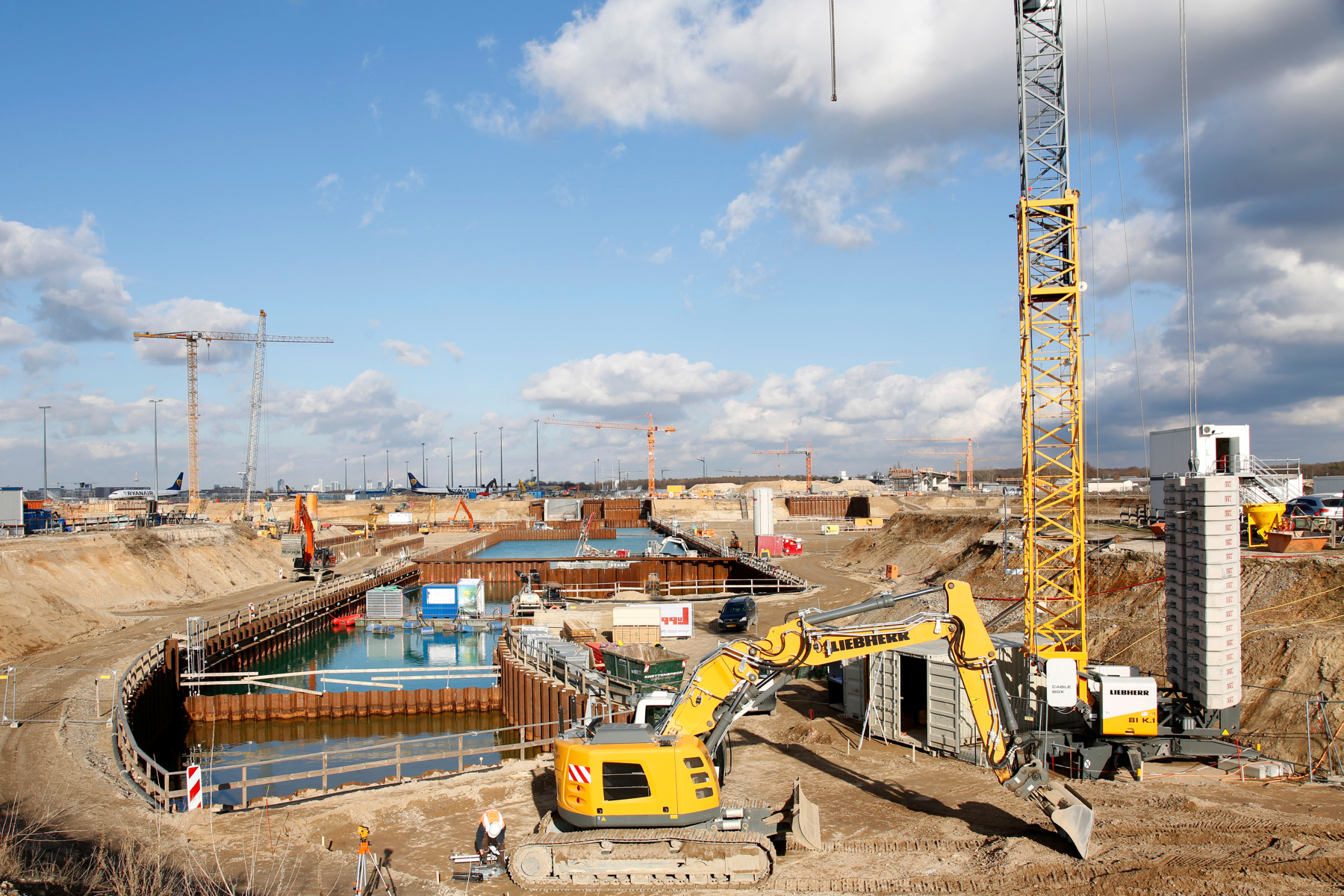 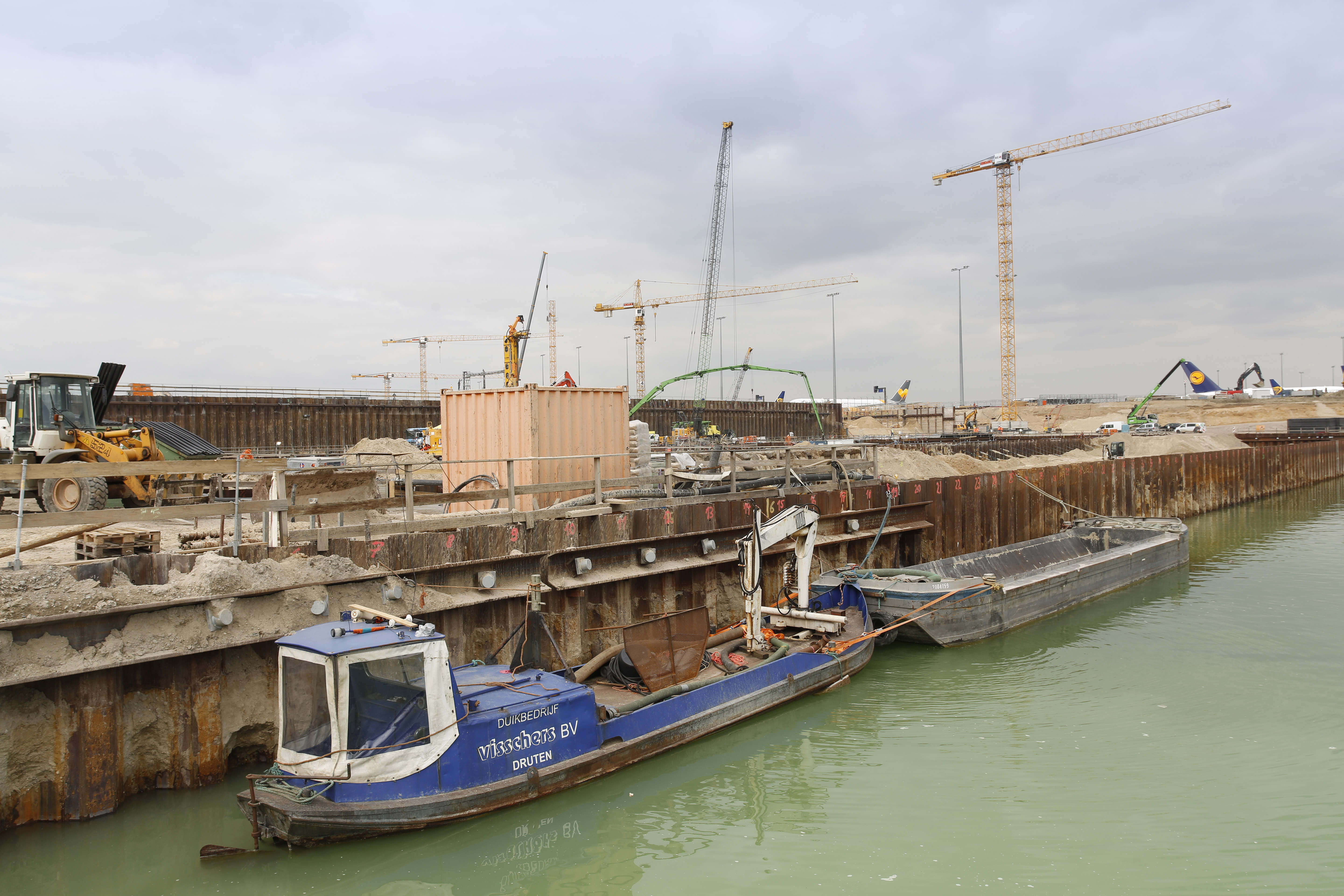 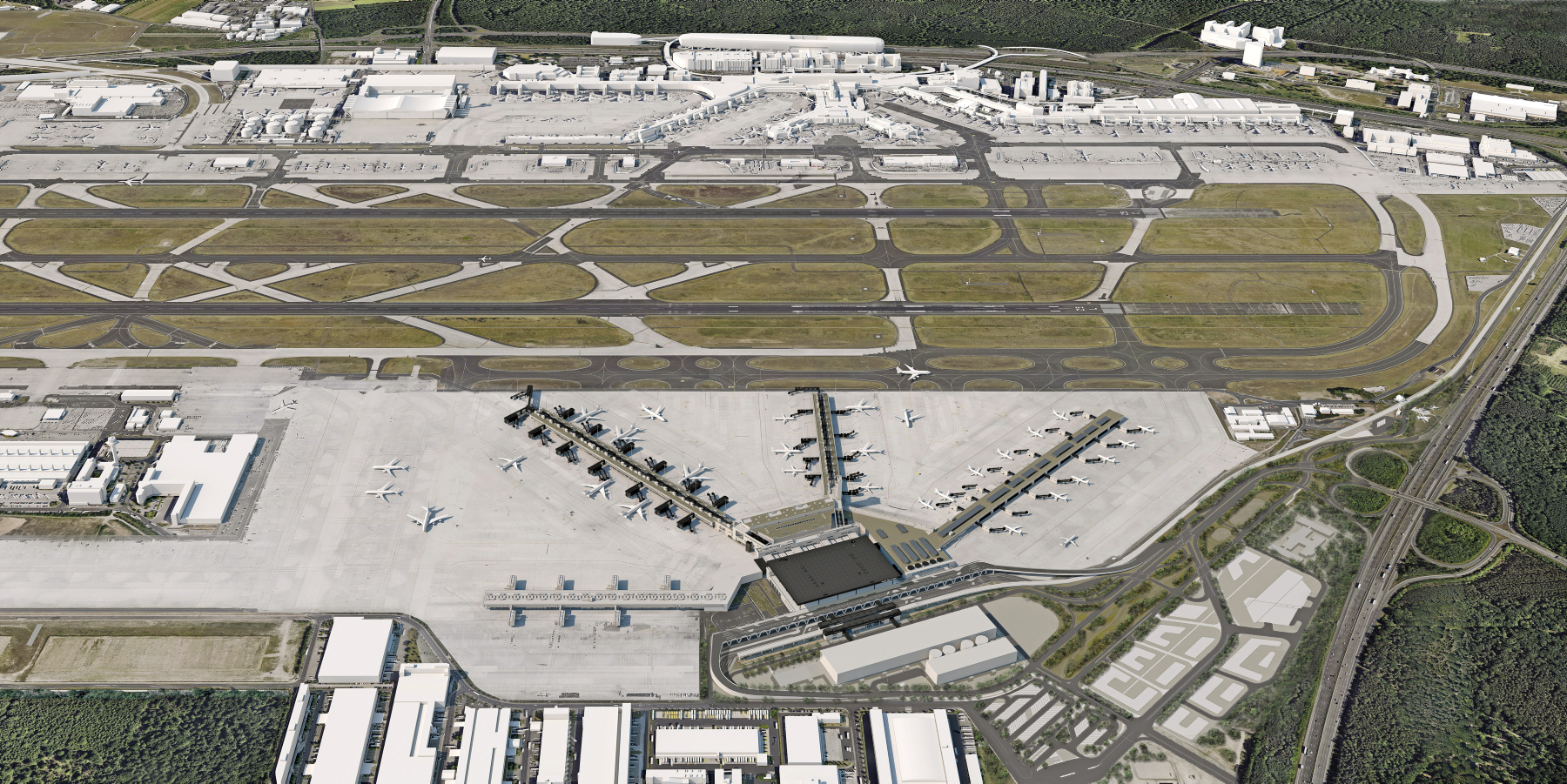